The week before last we had former RTÉ 2fm DJ and now Emirates commercial airline pilot, Barry Lang, in on the Marty Morrissey Show on RTÉ Radio 1 which I’m producing on for the month of January. Barry spent two years on the old illegal Radio Dublin prior to going legit in 1980 with 2fm.

I haven’t had a chance to read it yet but I’m assured by one person who was there at the time that it’s a damn good pirate radio read.

Next week Ray D’Arcy takes over Derek Mooney’s Radio 1 afternoon slot that Marty has been so enthusiastically minding since the new year.

To complete the pirate rule of three, I first caught the broadcasting bug in 1980 on the long forgotten – probably for the best – illegal WKRC, (a meaningless US-styled moniker adopted merely to differentiate itself from the nearby, longer established, Naas-based pirate KCR – Kildare Community Radio) transmitting on a crap medium wave signal from a caravan in a field outside Newbridge in Co Kildare.

And who introduced me to the guys running the station as he already had his own slot with them? Yup, RTÉ Radio 1’s newly returned prodigal son, fellow Kildare Town native, Ray D’Arcy.

Back in the day when the singular Radio Eireann (as it was known then pre-Radio 2, as it was originally called) had a monopoly on the Irish airwaves pirate radio was the only realistic outlet for the majority of folk with any broadcasting ambitions.

Illegal these mostly amateur, often shambolic, occasionally slick operations may have been but for the most part the law turned a blind eye – and maybe a deaf ear – to them.

That summer of 1980 I gladly hitched the five miles from Kildare across the Curragh to Newbridge five days a week for a few heady months, getting a lift from there the mile or so out of town to the basic mobile home which was the source of the county’s rebellious transmissions by the local electrical shop owner whose ticket to global media domination WKRC undoubtedly was.

The innocence of it all.

There an English chap who went under the – alias? – name Robert W Morgan (that’s him in the picture opposite, outside the caravan facing the camera, I believe) who’d worked on some great British pirate or other – it may well have been the legendary Caroline – ran the gaff, training in new souls, sorting regular technical issues, organising the DJ rota, even doing his own daily slot on air.

I suspect he had dreams of what he felt was a much-deserved return to former broadcasting glories.

I also suspect he didn’t find them in a field outside Newbridge. 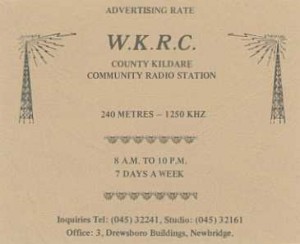 This audio file I found online – the DJs here are guys called Vinny Keogh and Pat Martin (a pseudonym I was once tempted to use myself…and I think that’s him in the pic above on the phone in our ‘luxury’ studio) – will give you a clue of the, em, quality of WKRC’s output:

Whether Mr Morgan saw any such future for me or was simply grateful for the free labour to fill three hours every weekday afternoon, I was given free rein to blast out whatever odd and eclectic mix of vinyl 45s (many borrowed from Ray’s then extensive mobile disco collection) and album tracks I could lay my hands on throughout Co Kildare over our poor beleaguered medium wave signal.

I imagine it confused the crap out of the station’s few listeners. But, while I didn’t know it at the time, gaining invaluable flying hours and making basic mistakes far from the limelight was actually great training for when, many years later I finally found myself broadcasting to the nation behind a 100% legit microphone filling in for Dave Fanning on 2fm.

It may not have been glamorous but it was good fun and invaluably useful.

I only had a couple of subsequent personal brief brushes with the pirate radio phenomenon.

I had a second stint on WKRC in 1981, having in the interim done some backpacking around Europe. Second time around I recorded some of my programmes, sending the cassettes to some of the larger Dublin pirates at the time, particularly Sunshine, Nova (now both the names of a legit Dublin stations) and – I think – Radio Dublin.

They failed miserably to spot my promising talent.

I’m sure it couldn’t have been because the long, rambling, handwritten letters that accompanied my amateur-hour cassettes made me look like a complete loo-la.

In early 1982 I’d buggered off back to Greece to escape the boredom of Kildare (yeah, sorry guys) and, y’know, to find my head, man.

After a few months there I realised that I really wasn’t cut out for life as a beach bum but did want to work somewhere in the media. I figured the best place to do this was, oddly enough, in Ireland so got my ass back home pronto.

Eventually in late 1983 I enrolled in the still nascent Communications Studies course in NIHE Dublin (now DCU), but not before a very brief stretch – it probably lasted less than a week – somewhere out Dun Laoghaire direction reading the news on a pirate whose name is long lost in the fog of time.

What I do clearly remember is that the job involved copying down the news from RTÉ radio as it was broadcast and a few minutes later spewing it back out, possibly word for word, to the great and the good of south County Dublin.

It wasn’t exactly the most rewarding of work. That and the lack of any wages undoubtedly explain my very short stay.

That was my last ever foray into the world of pirate radio. The next time I sat behind a broadcast microphone was for the entirely legal, though even more local, Radio Rag Week in NIHE in 1984 or ’85, a precursor to their current DCUfm.

It was only a hop, skip and jump from there – though one that took about 5 years – to be allowed press the buttons on 2fm.

In 1984 Dublin mega-pirate, the brash, flash Radio Nova ran a much hyped competition where, when they played three specific records in a row, the nth caller won a large wad of cash.

Late that summer I was back in NIHE getting ready for Freshers Week in my first-of-two-stints as Ents Officer there when they finally played the dreaded trio in full.

And all of Dublin must have been listening and rang in to enter as the city’s then entirely analogue phone system immediately went into meltdown.

I was in the NIHE students union office at the time and for the rest of that day anytime I picked up the phone all I could hear was a vast confusing gaggle of voices, many just shouting at everyone else to get off the line because they were trying to make a call.

It was just the kind of backfiring stunt that would draw a lot of unwelcome attention to the pirates and I’ve heard it argued that it was the last straw for the Department of Communications and ultimately signaled the demise here of the entire sector.

There are still pirates around, of course, but that period was their Irish heyday.

Only pity is, sadly most of ‘em were shite.

If you want to know more on the subject, I suggest – even though he ignored my pivotal input – you should check out Peter Mulryan’s Radio Radio : The Story of the Irish Radio Pirates.

PS Feel free to add your own unlicensed-to-thrill memories in the comments section below. 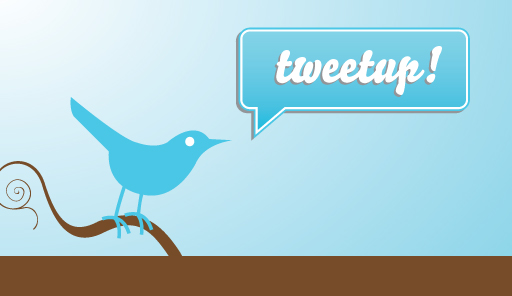 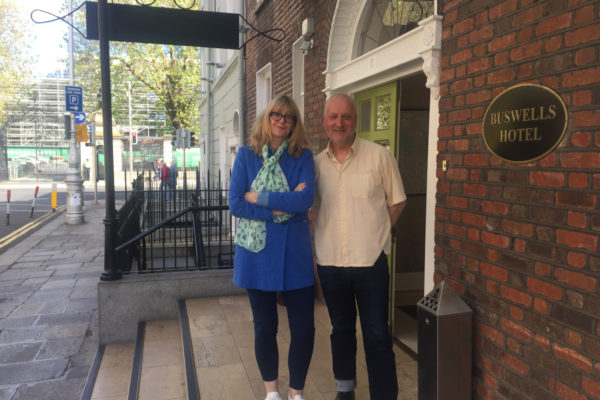 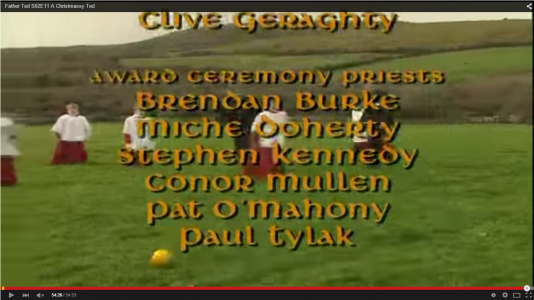