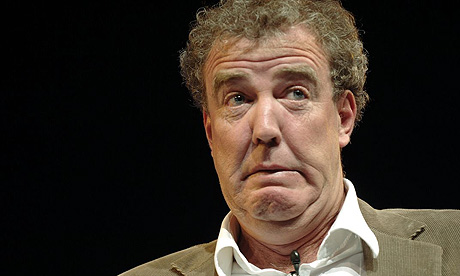 So self-declared dinosaur, Jeremy Clarkson threw a punch at his Top Gear producer and was subsequently suspended by the BBC pending an investigation? Well, riddle me surprised.

In fairness, as we all know,  this wasn’t by any means Clarkson’s first daft-bugger offence; he has belligerently shot his mouth off more than once in the past and his reputation as an ill-informed, elitist, it’s-only-banter Neanderthal precedes him loudly.

This, as far as we’re aware, however, is the first time the boorish dinosaur has been involved in a fisticuffs ‘fracas’; stupidity is one thing, violence – even over problematic catering – is quite another.

I imagine I’m not the first one to wonder why such a knob has gotten away with it for so long. One of his Top Gear co-presenter’s, the less abrasive but equally silly James May, when asked about the incident admitted that Clarkson is indeed a knob, if a likeable one.

Guess it depends on your definition of likeable really.

Anyways, Clarksongate – I may have made that up – got me thinking about the good, the bad and the ugly ‘talent’ I’ve worked with over the last 25 years, and why some – though by no means all – have been so damn unpleasant.

I’ve come across everything from merely disagreeable grumpiness, to annoyingly snide sniping, to intolerable, out-and-out bullying.

For instance, I once saw a presenter reduce a runner to tears.  I was too far away at the time to hear what was actually said but afterwards those who witnessed it up close told me not only was the all-powerful host guilty of intimidating the relatively impotent runner, but that there was a also distinctly racist element to their nasty outburst.

And what did I do about it? Nothing. I was at the time only a newbie on the production so wasn’t hugely confident of causing a ruckus. More importantly I wasn’t the one who took the brunt of the bullying bile or even a direct witness.

And if the victim – and everyone else – felt all they could do was knowingly throw their eyes to heaven, well…

This appalling behaviour happened on a show where the presenter set the agenda and controlled the content in an overly domineering and – though they would probably disagree – entirely unnecessary fashion.

It often goes with the territory when the ‘talent’ has been with the programme longer than the current production team, taking charge more and more over time as old experienced hands move on and newer, more uncertain ones come in.

These tyrants may well be fine broadcasters, full of great ideas and exuding charisma on air, but they are all too often also blind to the value of those around them, too insecure and/or self-centred to allow the team to properly produce and, in the process, make it an even better programme.

Such shows typically have a high turnover of staff. For many, there’s only so much presenter-inflicted crap they can take.

The other thing to remember is that when you’re the public face of a very successful brand, you can quickly lose touch with reality. Surrounded by ‘yes’ people who want nothing more than to ingratiate themselves with the famous host and bask in their glory-by-association is hardly a healthy way to spend one’s working life.

Look what happened Elvis; as Hal Blaine, a member of The Wrecking Crew group of musicians who worked with him regularly said recently when interviewed about a new documentary on the band, “In the middle of a rehearsal, if Elvis said, ‘I’m a little bit thirsty now,’ 15 guys would run at him with bottles of Coke.”

And management are often no better. In a successful show, the bottom line often tops any ethical considerations.

For example, much of the discussion now is whether the BBC can afford to get rid of or lose Clarkson. Not only will they leak viewers if he goes – whether he jumps or is pushed – but if he then turns up on a rival network the bosses know that many other precious eyeballs will follow him there.

Of course, the observant among you will be wondering by now, as I’ve done my fair share of presenting over the years, if I’ve ever abused folk during any of my front-of-house gigs.

And the truth is I don’t know…for sure. I’d like to think not but I imagine there were probably times when I was just a tad less than fully professional.

Thing is, I hope any such breaches were rare  and not par for the course.

That said, not long after I started on Head 2 Toe in 1989 a friend surprised me by complaining that I’d changed – and not for the better – since getting the high profile gig. I won’t say it didn’t hurt, as all criticism does, but maybe it took any potential prima donna wind out my sails.

If any of my erstwhile co-workers are reading this and disagree I’m sure I’ll hear about it.  (Remind me to turn off the Comments section.)

Mind, Irish Times columnist, Jennifer O’Connell never tires of reminding me that when she was on work experience in RTÉ Radio 1 sometime in the late ‘90s I got her to do some photocopying for me. I’ve no memory of it myself, but if that’s as diva-esque as I got, hey, I’m doin’ ok.

Of course, it’s not all one-way traffic. As a presenter I’ve worked with a few appalling producers as well.

One in particular admitted in an off-guard moment that they’d taken the job reluctantly and that it was their intention to scupper this particular show and get it taken off air as retribution for some perceived slight by those on high.

Luckily they were moved on before they managed to carry out their frankly ridiculous – and childish – plan…though it wasn’t for the lack of trying.

As for heads of departments and commissioning execs who never return calls or dither forever over programme proposals…no, hang on a sec, I work with these poor beleaguered souls far too regularly to diss them here in public. No, sure they’re all lovely.

At this stage, dear reader, you’re undeniably asking for names to be named so these guilty parties can be properly shamed. 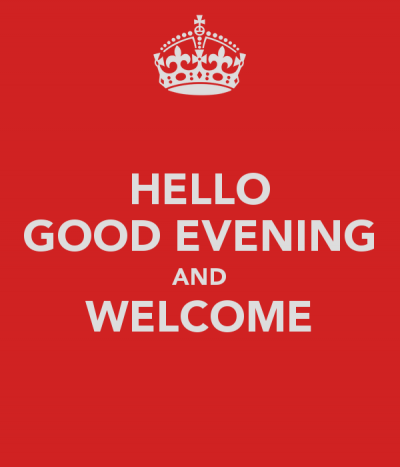 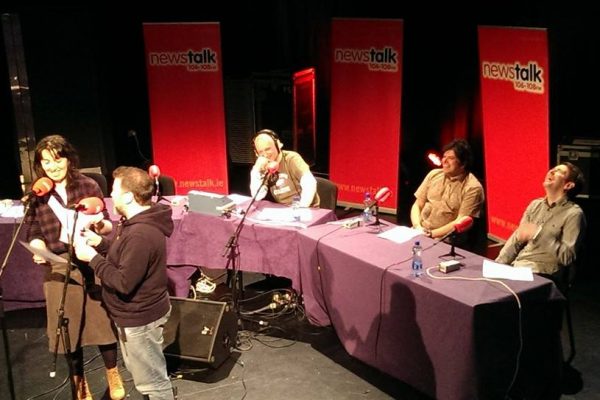 You Couldn’t Make It Up: Its Long and Winding Road – Off Message 55