For the past six years I’ve been a willing and enthusiastic participant in Dublin City University’s annual mentorship programme.

I’ve just met my School of Communications’ 2nd Year mentees for upcoming outing number seven, so once more unto the breach…

I’d never done any mentoring or heard of DCU’s programme when I arrived on campus at the start of Fresher’s Week in 2009 to make an RTE Radio 1 documentary on how much my old alma mater had changed, not only since my time there in the mid-’80s, but also in the then 20 years since it had become a fully-fledged university in 1989.

By the time I left five days later the pro-active DCU Almuni organisation had guilted and plámásed me (a particularly effective double-whammy approach) into taking part, simultaneously emphasising how I probably wouldn’t be doing what I now do had I not signed up as a mature (yeah, right) student there in 1983 – undoubtedly true – and how, sure wasn’t I a marvellous fellow all the same and one of their great success stories – hah, if only.

Whatever their devious tactics, I’m delighted I did. 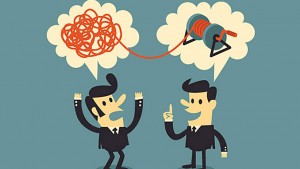 There’s a wee part of me that’s hugely jealous of all those who’ve taken part in the programme since it started in 2003; I’d have bitten your hand off back in the NIHE-Dublin day to have had such an opportunity.

Not that I didn’t pick the brains of anyone and everyone in the broadcasting business I happened upon during my three years study there, but a more formal, scheduled set-up with a dedicated mentor, however brief, would I imagine have been invaluable.

Hell, even an informal one where someone in whatever area is of your career choosing occasionally gives you their insights into its workings would have been great.

I’ve no idea how unique DCU’s programme is – other third level institutions here and abroad undoubtedly have their own versions, right? – but its premise is simple: a mentor (usually, but not necessarily a graduate) is assigned one or two mentees who’ve signed up for it and over the following six or seven months they meet up a few times to get to know each other, to informally chew the fat about college and work, to look at the likes of CVs and interview techniques, and, of course, to drink loads of tea and coffee.

But my guess is that the most useful part of the process from the mentees’ point of view is the work-shadowing day.

Here, as the name suggests, mentees spend a day at their mentor’s place of employment, getting a very small but you’d like to think hugely advantageous insight into their working life. While there they may simply observe that day’s comings and goings; they may be asked to do a few simple, menial tasks; they might sit on meetings; they might even get the opportunity to interrogate their mentor’s colleagues.

Each experience is different.

Every mentee’s work shadowing day will be unique just like each working day is. They may get a typical or an atypical experience; either is useful. 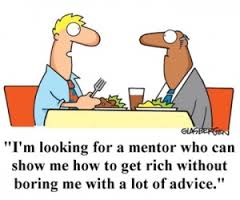 So over the six years I’ve done it, mentees have sat in on on-location radio and television recordings, live studio-based radio shows, and television edits, voiceovers and sound mixes.

As a freelancer, it all depends on what I’m doing at the time; if this slots in perfectly with the career ambitions of my then-current mentee(s), great; if not, you hope it’s still a worthwhile exercise.

This may be not only because all insights are useful and can be drawn on in the future whatever area of your preferred field you end up working in, but also because it may actually raise a red flag such that you come away from it uncertain that this indeed is where you’d like to spend the rest of your adult life.

Both outcomes are equally valuable. The former means you’re probably on the right path, the latter may save you a whole lot of wasted study time.

Most of the feedback I’ve got from my mentees falls firmly into the first category, the majority, at least to my face, telling me they were really glad they did it. In fact, I know of at least one who subsequently got work during and since college because of contacts they made during their brief work shadowing window.

They still haven’t paid me my agent’s fee but my people are on it.

One person, however, decided since that a career in the media wasn’t for them. I’d hate their mentorship programme experience to take all the credit for their change of heart but I know it did play a small part in it.

Like I said, this was not a bad thing.

I still occasionally hear from past mentees. There’s no obligation to stay in touch, but some do which is cool.

Today, the ones I know of are either finishing off their studies or working in different areas of TV, radio and journalism, here and abroad.

If I can help them with anything as they take their nascent steps in the business, my addled brain is still there to be picked.

Who knows, but someday the shoe may well be on the other foot and I might need them to do me a favour.

And what do I get out of all this? Well, obviously everyone involved – DCU Alumni, DCU Careers Service and the students – think I’m absolutely fabulous, dahlings, for participating – and of course I am, ahem – but I do get a real kick out of it.

Sure, my ego is stroked but it’s also nice to see, even over the short period involved, the mentees growing in confidence and, for the most part, enjoying the process too.

Yes, it takes a bit of time commitment – though not that much, to be honest – and while I’m not sure any of us will ever be able to measure exactly what they learn from it all, if I’ve passed on even the occasional useful titbit, hey, job done. 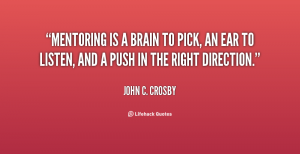 So if you’re currently lucky enough to be earning a crust, whether in media or not, you might want to check out if your alma mater runs a mentorship programme.

If not, I’m sure DCU would love to hear from you.

If you’re a student lucky enough to be in third level education and your college run a mentorship programme then grab it with both hands and don’t let go.

If they don’t, it might be no harm to suggest they start one.

You’ll thank me for it later. 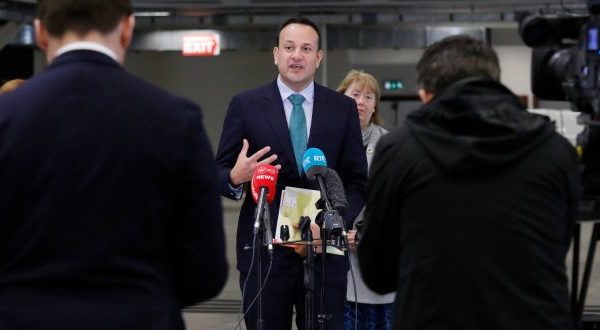 Action Stations: The Media in This Time of Coronavirus – Off Message 63 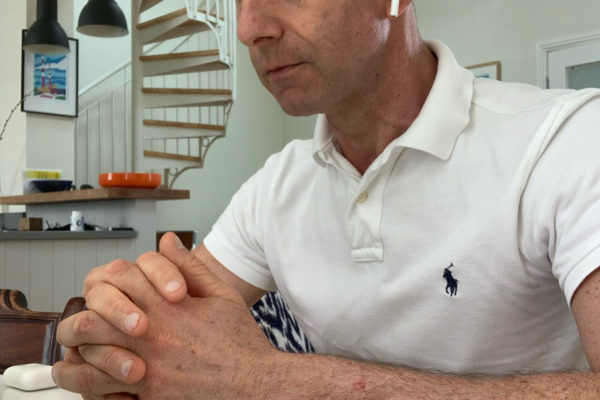