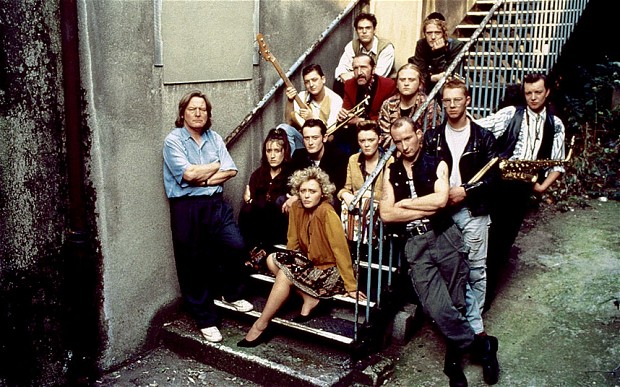 Last year when I wrote here about ending up on the Father Ted cutting floor 20 years ago in 1996 I alluded to nearly getting a role in The Commitments a few years earlier, a story I said I’d keep for another day.

Well, that day has arrived, if for no other reason than I was reminded of it the other week while producing the Comedy Showhouse festival in Dublin’s Project Arts Centre with Sideline Productions for RTÉ Radio 1. 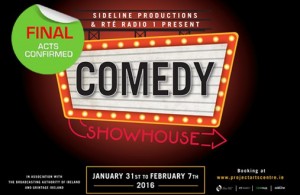 Three of the 10 series of gigs recorded for later transmission were double-whammies of Don’t Quote Me, a six part comedy panel show hosted by comedian, Sean Hughes, which is slated to go out on Radio 1 in the spring.

During one of the sessions, for a reason I can’t remember, panellist Karl Spain brought up the fact that Sean was in The Commitments, playing the guy from Eejit Records who the band thought would sign them once he saw them live and propel them to fame and fortune.

That guy from Eejit Records could – should? – have been me.

However, not only did the band not go on to fame and fortune, but I didn’t get the role either.

Truth is I had no ambitions to be in the film in the first place.

I remember well the huge buzz around Dublin that summer of 1990 after it was announced that Alan Parker was going to make a movie of Roddy Doyle’s best-selling book and was on the lookout for not-necessarily-actors musicians to play some of the lead roles.

But back then I was a TV presenter, having by then just finished my first season fronting RTÉ One’s weekly fashion show, Head 2 Toe, and, just like now, had absolutely no actorly inklings.

I was delighted to see so many people I knew in the music business from my days running gigs at college and while hanging out at Hotpress, In Dublin and the Dublin Event Guide getting excited about it, but it largely passed me by.

That was until one balmy summer’s evening as I strolled home from town to Sandymount where I lived at the time.

As I cut down Lansdowne Rd someone sitting in a parked car honked as I walked by; it was my mate, John Carroll, then manager of Dublin band, A House.

He later apologised as he said he didn’t mean to hoot the car horn at me, that it was faulty at the time and often went off on its own.

Though if he hadn’t, I undoubtedly wouldn’t have stopped. On such minor, seemingly insignificant details…

So what was he doing loitering there on this lovely, sunny evening, I asked him?

Waiting on his girlfriend, he told me, who was in the house he was parked outside, auditioning for The Commitments.

Ah, sez I, so that’s where the auditions are going on.

And so we stood there chatting, about The Commitments, A House – I remember he dug out a copy of their new single on 12” vinyl from the car boot for me at one point – and God knows what else.

As we were talking, out of the corner of my eye I saw a young girl come out of the house where the auditions were being held, pop in next door and then back again.

A minute later she was back out, this time heading straight over to us on the pavement.

“John and Ros Hubbard want to see you,” she said to me in a strong Scottish accent (no idea why I remember that detail so clearly).

“Who are John and Ros Hubbard?” I asked, naively.

“They’re the casting agency for The Commitments,” she replied.

“Oh. And why would John and Ros Hubbard want to see me?” I wondered.

“Because I told them you were outside,” she explained as if it was the most obvious thing in the world.

I shrugged and followed her into the basement of a large, old, Georgian, red-bricked house that was, I found out, the world-famous casting agency’s Dublin office. 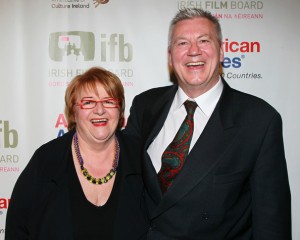 Just inside the door Ros was sitting at a desk. I immediately explained to her that even if I wanted to, I wouldn’t be able to get involved in The Commitments; Head 2 Toe would be back in full swing when they started filming in the autumn and my priority then was most definitely the TV gig.

Also, I said, I wasn’t a member of Equity, the actors’ union, which I assumed was a prerequisite in circumstances like this.

It obviously wasn’t. “John,” she hollered to someone in the other room, “I’ve got the guy from Eejit Records.”

Having read the book, I knew who she was referring to and that he was only in one scene.

“Yes,” said Ros, “it would only be a small cameo role and we’d just need you for about two days, which could easily be arranged with RTÉ.”

“I guess,” I said, still slightly dazed by it all.

Though at that point I felt it was only right to warn her, in case she was basing everything on appearances, that the then-trademark ponytail would be well gone by the autumn. In fact, we were filming it being cut the following week for the opening Head 2 Toe of the new season.

“That’s fine,” she said, and ushered me into the adjoining room, where she introduced me to her husband John who proceeded to chat to me about music and my TV work while someone filmed it on a small domestic video camera.

Someone must have liked what they saw because a few weeks later I was called to audition for the man himself, director, Alan Parker.

Considering how little interest I’d shown up until now, this was amazing…and not a little bizarre.

Though of course now that I’d got this far, damn if I wasn’t going to give it my best shot.

When I arrived I was given a scene to practice for about fifteen minutes. I was handed another just as I was about to walk in to the audition room.

Unsurprisingly I made a dog’s dinner of the last-minute one.

But the one I had time to rehearse, well that was more successful…in an oddly unexpected way.

As Ros, who was reading opposite me, began the scene I started to respond with my first line, but hesitated.

I don’t remember the line but I do remember it was wrong.

“Sorry,” I said, looking over at Parker, “but you’d never say that if you worked in the music business here.”

I half expected him to throw me out. I mean, here was I, not even an actor, questioning his script.

In fact, he did the exact opposite, enthusiastically encouraging me to take it from the top again but this time doing the whole thing in my own words.

When we finished no more than five minutes later, as I gathered my stuff I asked Parker something about his choice of music in his films, being at the time a particular fan of how he had used Peter Gabriel to soundtrack Birdy. 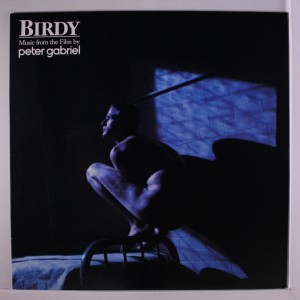 We chatted for a few minutes and I left.

I remember subsequently bumping into the guy who filmed the auditions and he said to me I was the only one Parker talked to all week.

I took that as a tenuous compliment.

Anyway, not long after the try-out I went off on holiday to Spain under strict instructions from Ros to ring at some point to see how I got on.

I know I tried but I can’t remember if I ever got through – back in pre-mobile 1990 international phone calls from public pay phones weren’t always as reliable as they are now – so I’m not sure if I found out while there or when I got home that I didn’t get the gig.

What I do know is that while I was away the main roles were announced and The Irish Times did a huge page-and-a-half photo-and-biogs spread on them all.

The story I was told at the time was that when Equity saw it they had a canary as only one or two were actual card-carrying actors; the rest were, as Parker had originally envisaged, musicians.

At which point I believe the union gave the production an ultimatum: if they were to green light the film, then anyone else who had a speaking role in it had to be a fully-paid-up Equity member.

Which, of course, yours truly wasn’t … 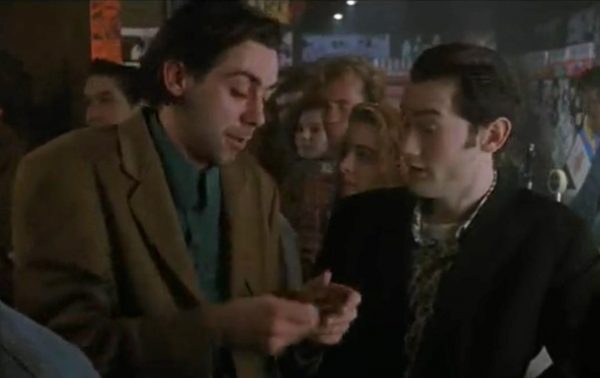 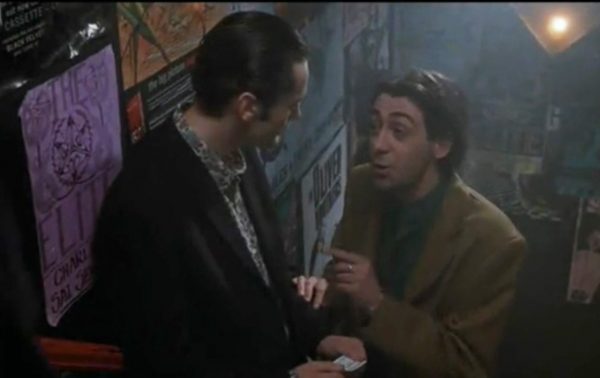 My curse was Sean Hughes’ blessing as he eventually played Dave (as I believe was his name) from Eejit Records and went onto untold fame and wealth – well, he did a lot of crackin’ stand-up comedy and was a long-time team captain on the BBC’s Never Mind The Buzzcocks – while I, well, y’know…

Not, of course, that I’m saying the role was mine, done and dusted. There were undoubtedly a few others in the running and given my later Father Ted acting credentials I’d probably have fallen by the wayside before the finishing line.

Would have been nice to try, though.

The following year, however, I did end up as a last-minute guest – along with an off-duty RTÉ television crew, the Irish owner of a newly-opened landmark NYC hotel and a Sunday paper gossip columnist – of The Commitments at MCA Records’ after-Grammy party at the Four Seasons Hotel in New York.

But that, for now, really is another story. 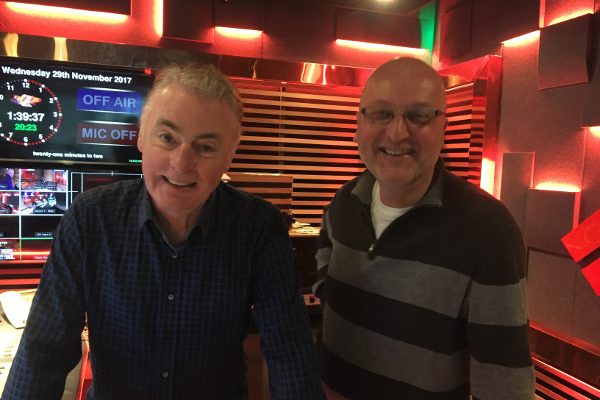