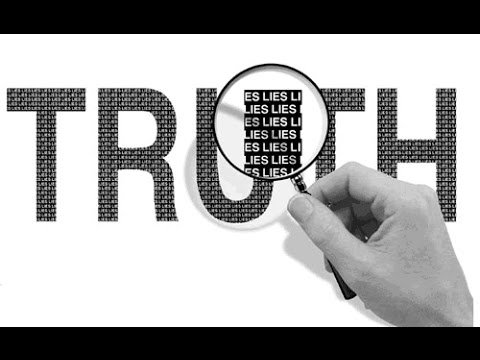 An article recently caught my eye on theJournal.ie about whether for reasons of trust and transparency bloggers should declare if they were being paid to write or post to social media positively about products or services.

I subsequently came across a piece on Poynter that suggested we now tend to believe fact-checkers more than traditional media.

Both got me thinking about that small but all-important word, ‘trust’, and how particularly pivotal it is in the modern news media.

I’m about to get a tad political here – political with a small ‘p’, mind – so bear with me. 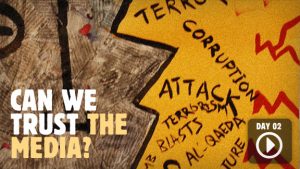 Most of us only watch, read and listen to news outlets we believe are being entirely honest with us.

In reality it’s usually that they simply reflect our own views and prejudices.

I’m not making this stuff; it’s backed up by a lot of research on trust in the news, including in the Digital News Report 2015.

It may seem obvious, of course, but just because you trust a media outlet or person isn’t any guarantee that you’re getting the truth.

Every media organisation worth its salt will loudly proclaim their pride in being objective reporters, bringing you the news, the whole news and nothing but the news.

Don’t believe a word of it. Objective journalism is, and always has been, a myth.

It’s not of course that these media establishments are liars. Most genuinely believe their own hype. But bias, unconscious or otherwise, is at the heart of every word published, printed and broadcast.

This will come as no surprise to anyone who knows anything about the academic discipline of Political Economy of the Media, that area of study that analyses the relationship between business, politics, power and the media.

So it’s rarely as simple as a case of reporter, presenter or anchor partiality; or that their editors or producers allow their leanings to dominate content.

This happens, of course, but real media bias is a lot more subtle – yet contrarily obvious – than that.

As with most things, if in doubt, follow the money. 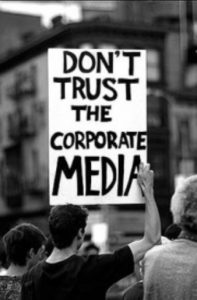 Media owners regularly deny they interfere with the content of their outlet; and sure, they may not be on the phone every day telling their editors what to cover and how to cover it, but they employed those editors in the first place, or if not, the upper management team that did.

So you can be pretty certain that these very experienced, primary content controllers are safe pairs of hands as far as the bosses are concerned; as will those taken on or commissioned by the folk they appoint, be they front-liners like journalists and presenters, or backroom staff, such as editors, commissioners or producers (*waves*).

We all know what’s expected and we play ball, reluctantly or otherwise.

As a freelancer, it’s that or don’t work.

And that owner will have an agenda; the most obvious one will be to make a profit, in which case everything that outlet produces will be with the boss’ bottom line ambitions in mind, maximising consumer – be they readers, listeners or viewers – and keeping advertisers – and potential advertisers – sweet.

Nothing they do will rock that boat long-term; overall they will be pro-business, pro-free enterprise, pro- a system of government that doesn’t threaten that status quo.

This will allow for regular token-gesture opinions that contradict this viewpoint but these will be, if not completely drowned out, then certainly swamped by the on-message majority of output.

Any ‘serious’ investigations carried out will be into failings within, not failings of, their favoured western laissez faire-friendly democracy.

There will be plenty room for political and social liberalism but it will all be underpinned by a strictly conservative economic view.

And before you shout, “Yeah, but what about public service broadcasters?”, don’t worry, these TV and radio organisations also have an agenda that’s not that different from their commercial print and transmission cousins.

It may not be as blatantly pro-business but it’s still underlyingly conservative.

Public service broadcasters aren’t as dependent on advertisers for all or even any of their income but whether they generate a large chunk of funding through subscriptions or a licence fee, both still seriously tie their ideological hands.

If you rely on subscribers to pay the wages then your material must reflect their interests and tastes, and it’s highly unlikely those well-off enough to voluntarily contribute their hard-earned cash to fund PSB networks when there are already plenty free-to-air ones around will be raving pinko communists.

With a compulsory licence fee as a major source of income you’re in constant hock to successive governments who must sign off on any increases and could at any point even abolish it.

If, like many countries, you operate with a combined licence fee and advertising/sponsorship model, then you’re stuck in the constant double-bind of keeping both business and government onside.

Public service broadcasters may appear to have more liberal leeway than their commercial competitors but when push comes to shove, while some may be better than others, there really ain’t a whole pile in it.

I previously wrote about the many different ways media ideas come about.

That PR-generated and advertorial content makes up an increasing amount of what passes for news when cutbacks and understaffing make it all the more difficult for journalists to source proper stand-alone stories, should in itself set off alarms.

But as importantly, you’ll all undoubtedly have noticed that most major mainstream outlets of all hues have regular, high-profile business sections and programmes, analysing trends across a multitude of different industries, updating us on various successful enterprises and profiling the habits of their charismatic bosses.

Unless they’re keeping them well hidden, not many that I’ve noticed have equivalent workers or even trade union slots.

Tell me that doesn’t say everything.

It’s not rocket science. Those in charge just make sure their message is the one that sets the agenda and dominates the debate. 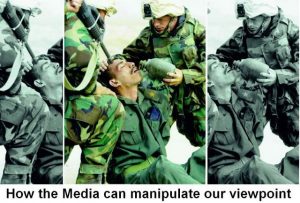 And when people suggest that a greater diversity of media ownership would help provide greater variety in the general media landscape, unless they mean having a really genuine diversity of ownership that somehow includes not just wealthy media moguls, then all we’ll get is more of the same sadly.

Don’t worry, however, if there ever was a radical change of our economic system, the new power-elite on the block would do exactly the same thing

So can you really trust any of our best known news media?

Well that I guess all depends on your political and economic outlook and leaning.

And whose news you think is it anyway. 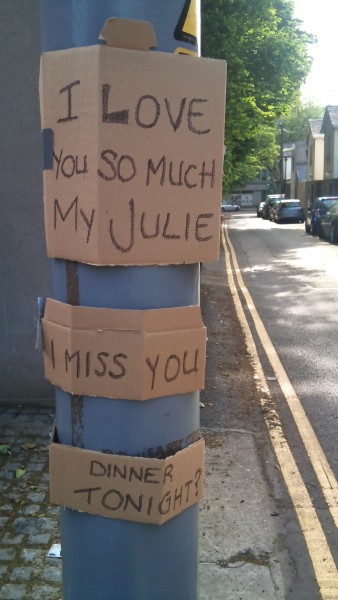 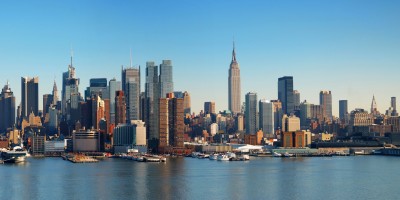