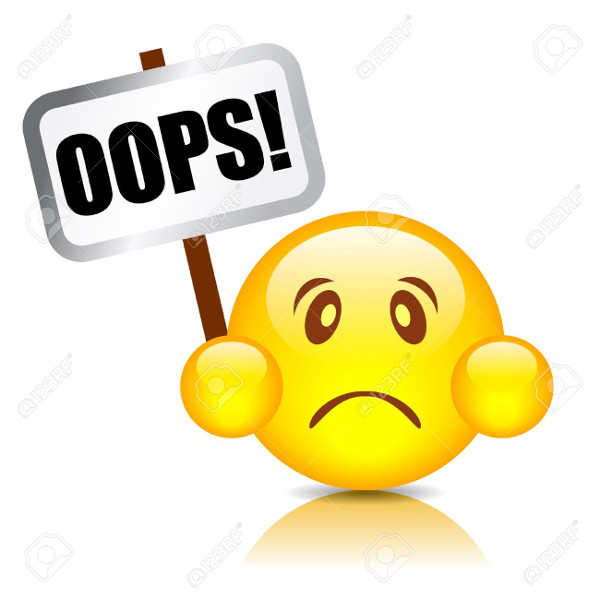 The Errors of My Ways – Off Message 51

Mistakes, I’ve made a few, but then again, too many not to mention…

With apologies to Ol’ Blue Eyes and Paul Anka, there are many cock ups, both major and minor, littered throughout my media career to date.

Thankfully no one’s ever died because of any of these blunders and I regularly wonder what it must be like to have a job where your errors can have genuinely serious implications. I don’t think I’d ever have hacked it for instance as either the proverbial brain surgeon or rocket science. You should probably be grateful I never tried.

I was reminded the other week of one particular small but memorable blunder, recounting its tale to a rapt audience of two.

Peter Browne, a radio producer I’ve long known but never had the pleasure of working with, was leaving RTÉ after many years of great service so naturally a wee going-away party was thrown in his honour at which many of his former and current colleagues turned up to see him off.

Among his more senior old workmates present was Brendan Balfe, whose mellifluous tones regularly graced the public broadcaster’s airwaves for over 40 years and which still appear on our radios from time to time.

It was spotting Brendan that reminded me of this slip-up as he was at its very heart, so along with former RTÉ Director General and TG4 founder, Cathal Goan, to whom he was chatting at the time I briefly jogged his memory of my error-strewn performance.

During the 1996 European Championships one evening filling in for Dave Fanning on 2fm I somehow set a second track playing alongside the one I already had going – exactly how is a too-long, dull, technical story – but distracted by the live game on the studio TV to which I’d temporarily switched my audio feed, so that even though the music show was still going out on air I was actually listening to the footie commentary in studio, I never noticed.

At least not until a minute or two later when a breathless Brendan, having run at full pelt from the offices upstairs, burst into the studio shouting, “You’re playing two songs at the same time!”

22 years later I thanked him again for his intervention. Just as well someone was listening, we agreed.

It wasn’t the first time I had someone rush into a live radio studio to correct the error of my DJing ways. A few years before on the same show I played the wrong Ice Cube track only to be immediately diverted by having to sort the individual carts for the next ad break (ah, the good old analogue days). Moments later the door crashed open with a visibly annoyed Fanning producer, Jim Lockhart, hollering, “What’s that?!” 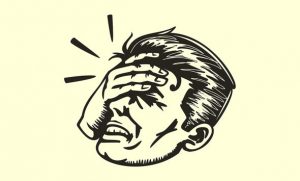 I stopped, turned and listened, to be confronted by a barrage of Ice’s finest ‘motherfuckers’ that had, unbeknown to me, been polluting the airwaves since I’d hit play a couple of minutes earlier.

“What’s that? It’s gone,” I quipped cheekily, as I calmly faded the offending channel and started the next track, explaining to Jim as I went that that was definitely not the Ice Cube song I’d meant to play.

And you can be sure that after that I double-checked the lyrics of those mostly-rap, Parental-Advisory stickered albums that were a big thing in the 1990s before I played anything from them on the show…and then was careful to play the track I actually meant to play.

Funnily, no one ever complained about my Ice Cube misdemeanour, meaning no one was listening or those who were, like me, were either suitably distracted at the time or just didn’t give a mofo.

Sometime later we did get a complaint about music I played in the Fanning slot, though to this day we’re not exactly sure about what. I came in one morning to be told by Jim that he’d been informed some big wig on the RTÉ Board at the time as far as I remember had overheard something the night before while one of their kids was listening to the show and was going to lodge some kind of complaint about it. Jim and I scoured what I’d played and eventually concluded that it must have been that line in the title track of Leonard Cohen’s ‘The Future’ – a track Dave had played umpteen times before – where he says, “Give me crack and anal sex” that had caused the upset.

It couldn’t, we thought, have been anything else – though we did also wonder if they’d over-read something into ‘Polly’ by Nirvana (“Polly wants a cracker, I think I should get off her first”, perhaps?) – but as they never followed up on their initial objection, we never found out. Very odd.

I have, of course, made more serious production mistakes. Three times I had to go back to do re-records, once in radio, twice in television.

The latter were major cock-ups as TV is an expensive business. In one, footage we shot for a programme went AWOL somewhere in the transfer-from-camera-to-hard-drive process and by the time it was spotted, the master cards had been erased. I know it happened because it was the end of a stupidly long day and everyone was absolutely exhausted but I should still have noticed it before the original footage was deleted a few days later. Mea culpa.

We were very lucky that everyone involved in the original was available for a re-shoot and that the second-time-round footage gelled almost seamlessly with the first. It was a costly error but one we were fortunate to get away with. Lesson learned.

In the other, a small one-day shoot, I had to go back to get some specific shots I missed originally. In my defence…nah, feck it, as director I should have known or found out and then made sure, so I figured the least I could do was not charge a fee for either day. Mea culpa again. And lesson learned again. I hope.

The radio re-record was thankfully a far less pricey affair. And as I was the only gobshite involved in the blunder I can reveal all the details.

Sometime during Access All Areas, my weekly music business series for RTÉ Radio 1 from 1996-1998, I did a programme about the work that went into entering, attending and putting the Eurovision Song Contest on over the years. At the time Liam Miller, RTÉ’s then director of television programmes, was generally recognised as the organisation’s Mr Eurovision, having ran the station’s involvement in a whole bunch of them. He was kind enough to give me a 30’-odd interview about it all which I recorded on my trusty professional Sony cassette recorder, standard equipment for on-location radio work back then.

The next day as I headed off to do my next interview on the topic I remember being surprised to find I’d already put a fresh tape in the recorder. Naturally I proceeded to record this follow-up chat on it.

Except of course I hadn’t put a fresh tape in the recorder. That was the one I’d used the day before with Liam that I’d forgotten to remove and label immediately – tut, tut, kids – and that somehow in my bag had gotten rewound to the beginning. 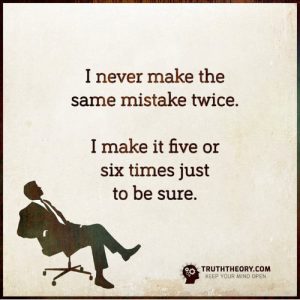 So yup, I’d recorded over the Liam Miller interview, something that’s almost impossible to do accidentally now on modern digital machines, and cap in hand, I had to go back and ask him to do the Eurovision interview again.

Liam was extremely gracious, possibly because as I walked sheepishly into his office the first thing he did was tell me about the time when, as a young cameraman, he had taped over some video footage in much the same manner. As he explained, he never did it again. I nodded, hoping I wouldn’t either. And I never did.

But just because you don’t repeat one mistake doesn’t mean you don’t make fresh ones. In this business it’s not like we’re not spoilt for slip-up possibilities.

For instance, exclusivity is something you look for in whatever media you’re producing; no point in the same guests turning up everywhere repeating their stories ad infinitum. So in radio, for example, everyone tries to make sure their guests haven’t been on a similar show – and certainly not on the same station – in the days, weeks and sometimes months before they’re on theirs.

So imagine my horror on the very first week of the Ryan Tubridy Show on RTÉ Radio 1 in 2015 when, after tracking down an individual whose great story I’d spotted in one of the papers earlier that morning and had gone to great lengths to get up on air on the phone, as I sat upstairs listening to it go out, a few desks away someone from another programme shouted at me, “He was on Liveline talking about that yesterday.”

I nearly died. It was in my haste the one basic-researcher question I’d forgotten to ask him…not his fault so but mine.

I rang down to studio and Ryan hastily wrapped the chat; as you might imagine he was not a particularly happy bunny about it afterwards. I can’t say I blame him – I wouldn’t have been ecstatic in his shoes, especially not on a show’s first week. No one mentioned it again but I never forgot. A schoolboy error like that stays with you.

As does that time a million years ago I mispronounced ‘epitome’ on live radio – yup, I said ‘epi-tome’ instead of ‘epit-omee’ – probably because when handed the suggested question that contained the offending word in the middle of an interview it was possibly the first time I’d ever seen it written down and was concentrating too much on my interviewee and not enough on the unexpected new script addition.

In my slight defence, many years later while living in London I was repeatedly surprised that the great Terry Wogan mispronounced it – deliberately? – that way every time I heard him use it on his BBC Radio 2 show, so I figured I was in good company.

I could go on. There are plenty more examples of personal broadcasting f**k-ups I could describe here: the umpteen times I missed or forgot stuff that others spotted or remembered, thus saving my bacon or in many cases undeservedly making me look good to those not in the know; telling a BBC big-gun I’d no interest in consumer affairs while working on Watchdog; thinking I’d forgotten a vital cable on my first day making a radio documentary in Stockholm so I had to borrow another recorder only then to find the missing microphone connector in the bag pocket where I always put it…the list really is pretty endless.

And that’s without even pondering the potentially mega-mistakes that cross my mind occasionally, like leaving Head 2 Toe in 1994 at its peak or moving to London four years later just because I was bored. Sometimes I think I must’ve been crazy to have undertaken both these pretty radical career shifts, other times I think for my sanity I couldn’t have done anything else at the time; either way I realise I’ll never know if they were the right decisions or not, so why worry.

One thing is worrying. If a person who has never made a mistake is somebody who has never achieved much, man, I obviously need to make a whole bunch more.

Next time: a much shorter post on things I got right.

You might also find this previous post of interest on how dealing with constant negativity successfully is vital if you want to stay the freelancing pace: https://www.patomahony.ie/2017/12/rejection-dejection-off-message-42/