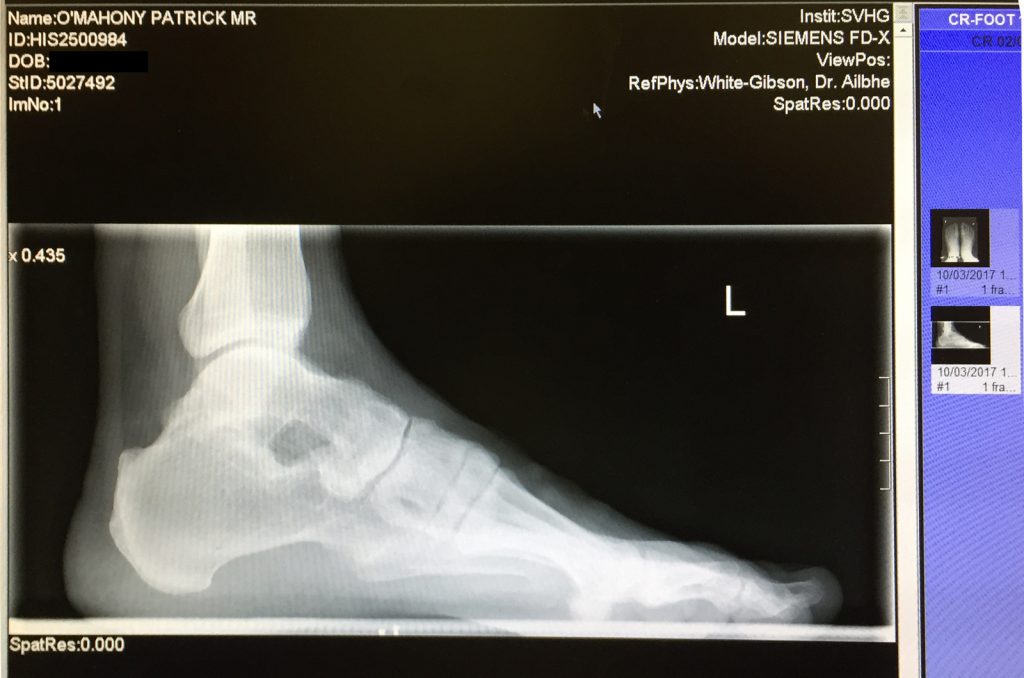 My Luckiest Break? – Off Message 53

I’ve written here from time to time about those handful of pivotal moments both before and since I started working fulltime in the media that have for various reasons most impacted my career.

But my luckiest break may well have been a literal one.

And it happened 40 years ago this month. Tempus really has fuguitted.

When I was doing my Leaving Cert back in the mists of time there was only one thing I wanted to be: a PE teacher. I was mad into sport – taking part far more than watching – and figured it’d be the best way to combine work and play over the years ahead. 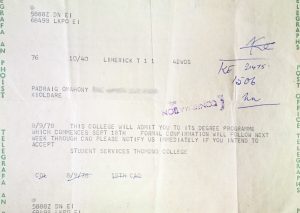 And I still remember that phone call from my mother at my summer job telling me I’d been accepted in Thomond College in Limerick; I may well have sworn with delight, something she still mockingly reminds me of occasionally.

A couple of months later I was ready to go – track-suited and football-booted, so to speak – at Thomond College of Education (as it was then – it’s now part of UL), nervously taking my first steps in my dream career.

It quickly became a nightmare.

On the first day of second term in late November 1978 I bust my left foot (though unfortunately I somehow doubt Daniel Day Lewis will want to play me in any future biopic).

And I bust it really badly, though it took about a year to find out how much of a mess I’d made of it.

It all began so innocently. Being a Monday morning of a new term we had a new timetable and, as occasionally happened, the fellas and girls were split into different classes. So while they headed off to the labs to be introduced to the science of measuring the body’s behaviour during exercise, we had our first session of some school PE teaching activity, the details of which perhaps understandably elude me, in the main hall. 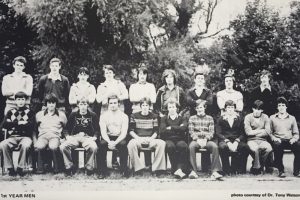 Except that only 10 of us, about half of the class, turned up – hey, it was a Monday morning, for chrissakes – and the lecturer, understandably none too pleased, cancelled it and asked for the it to be rearranged by the two student union class representatives.

As one of those class reps, if it was rescheduled no one ever told me, maybe because, as it turned out, I was subsequently otherwise occupied.

Anyway, with an unplanned unoccupied hour stretching out ahead of us someone suggested as we’d enough for a basketball game, that we grab a ball and have an informal throw-around, playing cross-court into the baskets on the sidewalls, rather than going to all the trouble of letting down the proper full-court baskets tethered from the roof.

I didn’t need to be asked twice; I’d been playing basketball competitively since my first year in secondary school so any opportunity and I was in.

Except of course that most of the other nine had never played the game beyond basic schoolyard level and were largely unfamiliar with its rules, skills or tactics.

Not that this should matter when you’re just having a friendly session like this. And it didn’t; in fact, it added to the fun.

Those of us who knew the game had a friendly laugh casually dummying and faking our way past those who didn’t, while a few of this latter group took the piss back by regularly just ignoring the even obvious rules.

I remember a housemate from Cavan was on the opposing team and on one occasion as I glided smoothly by him I got a playful but firm fist in the stomach knocking me sideways.

“You can’t do that in basketball, Seamus,” I said, laughing.

“In Cavan we have one rule,” replied the more GAA-oriented Seamus, only half in jest. “The man can go by you, or the ball can by you,” he explained, “but never the two together.”

I still smile whenever I think of it.

There was also some friendly pushing and shoving going on during the game. And hands up, I was as guilty as anyone, particularly when I knew I’d little hope of outjumping the taller lads and realised a gentle nudge just as they left the ground would send them sprawling helplessly and leave the ball free to come to me unopposed.

Except it wasn’t funny at all when one of them decided to take some well-deserved revenge.

Going through for a simple lay-up shot, one of my victims found himself between me and the basket and just as I went by him and left the ground to shoot, with a simple swivel of his hips he casually sent me off flying off course.

Which would have been fine if I’d simply missed the shot – it amuses me to this day that for some reason I clearly remember that I did – but it was how I landed that did the damage. With my entire weight coming down on it, my poor left foot jammed crunchingly into the right angle where the floor met the wall just under the basket. Ouch, to say the least.

Man, the pain was excruciating. Even thinking about it now 40 years on gives me the jiters. I’d no idea at the time what exactly I had done to it, I just knew it hurt like hell.

Years later, sports jouranlist Cliona Foley, who was in our year and along with some of the other girls in our class witnessed the incident – they’d finished their lab session early and a bunch of them were by now up on the sportshall viewing balcony – told me when she saw me writhing around on the floor, she assumed I was exaggerating and turned to whoever was beside her and quipped, “Typical O’Mahony: look at him rolling into the box looking for a penalty.”

Though funny when she told me, sadly at the time I wasn’t exaggerating.

I was quickly bundled into a car and taken to A&E in Barrington’s Hospital in the city. They x-rayed it, said it was broken and put it in plaster.

That night it felt like the foot had swollen up under the hard cast and I was in agony. I went back to Barrington’s in the morning for painkillers where much to my surprise they told me a mistake had been made and that it wasn’t broken at all. They removed the plaster-of-Paris and sent me home with my foot only wrapped in a tight bandage.

When my dad in Kildare heard about this a couple of days later, unconvinced for reasons only he knew, he jumped in his car, drove down to Limerick and took me straight to Naas Hospital. There they x-rayed it, decided it was broken and proceeded to wrap it again in plaster. Six weeks later when I went back to have it removed they told me it wasn’t broken.

I was confused, but happy that at least now I would be back in action soon.

Or so I thought.

Over the following year I had physiotherapy, injections and more physiotherapy, yet while in time I could run around a bit wearing trainers – though the foot throbbed like a mother after – in bare feet I could hardly walk. 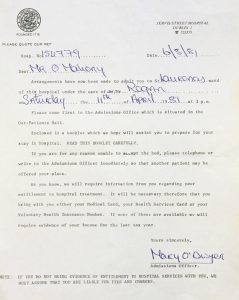 Eventually I was sent to see an orthopaedic surgeon in the long-gone Jervis St Hospital in Dublin who, after taking x-rays at angles no one had before, discovered that I’d broken my navicular, a small but important bone in the instep. And I’d broken it in a few different places and because it had set out of shape, it had since been constantly rubbing against the surrounding bones.

It was a strange relief to be told I hadn’t been imagining the pain for the previous 12 months, something I was accused of a few times, even if it meant a major operation to hopefully solve that problem by removing the offending mobility (and a second a year after it in 1981 to remove pins inserted in the first operation) would defnitely end my playing career and possibly my PE teaching one too.

As I’d been active since I was a nipper and it had looked very likely I’d have got a call up for the Kildare football county minors six months earlier had I then been fully fit and healthy, this wasn’t exactly good news.

Yet I’ve often wondered if I’d been told all this in the days or weeks immediately after the accident would I have been properly gutted rather than only mildly pissed off as I was that autumn afternoon in 1979? By then it had been going on so long I had gradually come to suspect myself that it must have been this serious.

I took a year’s leave of absence from Thomond and never went back. 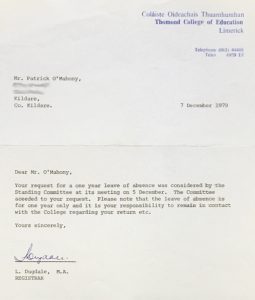 But every cloud, silver linings and all that…

2fm (or Radio 2 – “Comin’atcha in stereo” – as it was back then) launched in May 1979 so by the time I had the operation about a year later I had become a regular listener. And during my four-month recovery period in plaster, with little else to do, I became a critical one, regularly saying to myself, not only that I could do that DJing thing, but that I could do it better. The arrogance of youth, huh?

So when around this time a young near-neighbour, Ray D’Arcy mentioned he was doing a show on a local pirate radio station, how could I resist asking him if he could see if there might be an opening for yours truly? Luckily there was – my guess is they were desperate – and it was here over a couple of stints during the following year where I really caught the broadcasting bug.

From there the rest is history: failing miserably to break into pirate radio in Dublin; on my second attempt getting into the Communications Course – as a mature student, bless – in NIHE in Glasnevin (now DCU); via my entertainment and publications role with the students union falling into journalism; and from there in the autumn of 1989 finally getting my big break – a far more welcome one than my poor left foot’s eleven years before – with my first fulltime TV presenting gig in RTÉ on the little known Head 2 Toe.

About 16 months earlier I remember having had a conversation with my old man. I was telling him about the bits and bobs I was doing at the time for both Hot Press and 2fm. Out of the blue he said to me, “You know, you breaking your foot all those years ago…that was a bit of a blessing in disguise wasn’t it?”

You could have knocked me over with a feather. I had thought the same thing myself every now and then over the years but had no idea anyone else had…especially dad.

But he was right. I mean, it was unfortunate that I had to get seriously injured for it to happen and it would have been nice to have been able to decide it for myself, but in truth I doubt I’d have cut it as a teacher and, well, I seem to have done reasonably ok at this media lark since.

I can’t of course be sure as I never got to follow that original sportier path. I could be very happy headmaster somewhere now with a few All Ireland winning medals under my belt – well ok, maybe not the second bit – but we’ll never know.

And until I get to visit that parallel universe to compare and contrast both journeys and outcomes, for now I’ll stick with looking at my 40 year old break as a lucky one. Kinda.

You might also find this previous post of interest on never underestimating the importance of luck, whatever your career: https://www.patomahony.ie/2014/09/get-lucky/ 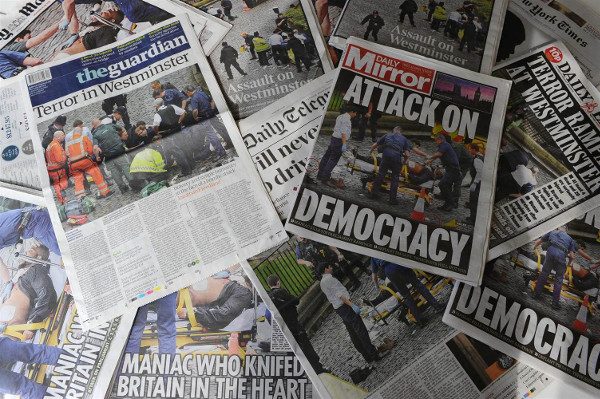