I could never be described as a Eurovision Song Contest fan. But late in 2012 when it was announced that six of the biggest Irish names in Eurovision history would be touring Ireland together for the very first time, my curiosity was piqued.

In A Eurovision Affair I went behind-the-scenes of this unique travelling show for RTÉ TWO‘s Reality Bites documentary strand, not only exploring up close and personal how it all came together over two weeks in October 2012, but also witnessing first hand the extraordinary affection that this pan-continental song competition inspires in the nation’s collective heart. 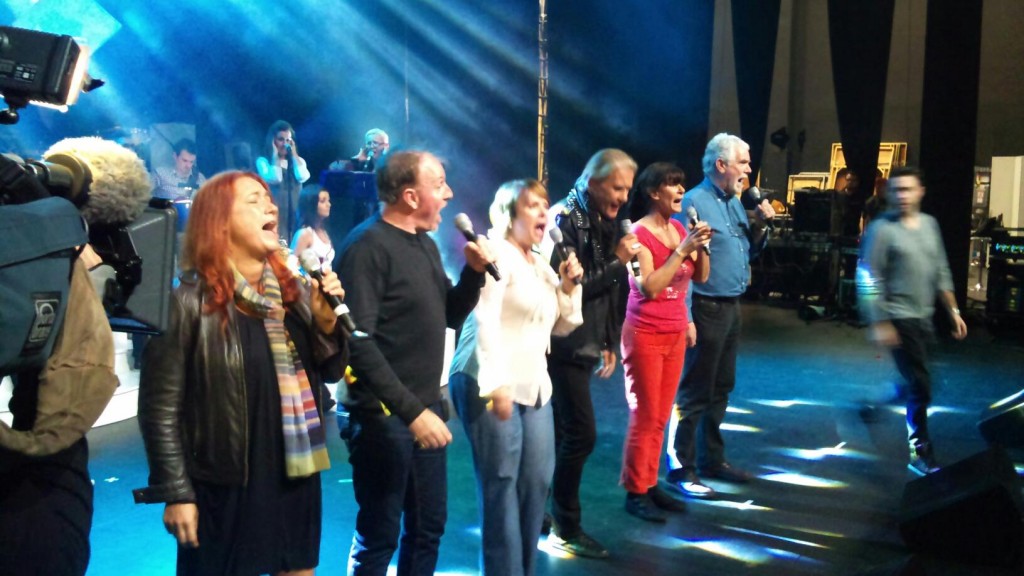 Of course getting this extra-special six-pack performance on the road was far from plain sailing.

In A Eurovision Affair I tried to capture both the plethora of last-minute rehearsal chaos that would have damned lesser productions and how, out on the road, things rarely went to plan.

But I also got a unique insight into the various rarely-seen relationships between the six stars of the show as they spend time together on the road, aware that if egos were allowed run riot it could have all ended in tears.

The Eurovision holds a very special place in the lives of people all across Ireland and A Eurovision Affair gives more than a passing hint of what it is that for so many makes it so magical and memorable.