A Silver Lining on RTÉ Radio 1‘s Documentary On One strand is a story about missing home and embracing new opportunities; about what Irish emigrants abroad can achieve despite a lack of resources, despite being weighed down by flawed business and political decisions that were made here in Ireland; and of how, thanks to those who went before them, there are more and more Irish communities scattered throughout the globe ready and waiting to help them out on their arrival, all told over an eventful week through the eyes of the relatively embryonic Stockholm Gaels GAA Football Club as they attempt for the second time to defend their Scandinavian Championship title. 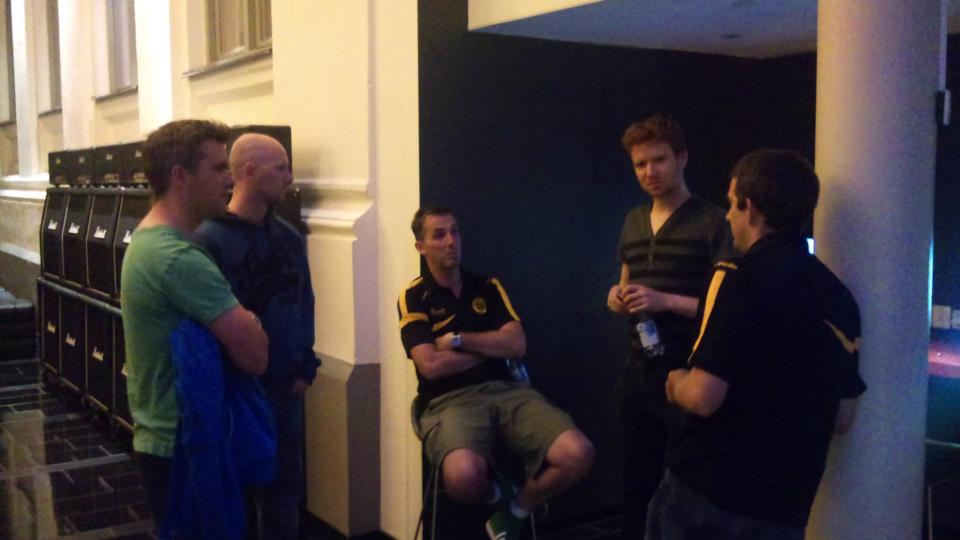 As the current economic crisis bites ever deeper, young men and women – the lifeblood of the GAA and its teams – are once again leaving the country in great numbers for pastures new.

But while we’ve all heard how a huge number of Ireland’s GAA clubs are being decimated by emigration, what isn’t so well known is the unexpected upside: the GAA abroad is actually benefitting.

As this latest batch of Irish immigrants arrives in towns and cities throughout the world many are joining local clubs, dramatically swelling their ranks and increasing their skill levels. As a result, the GAA outside Ireland has never been in such rude health. A Silver Lining perfectly relates this new Irish experience.

The documentary spends seven days with the Stockholm Gaels as they attempt once again to defend their Scandinavian Championship title at the competition’s final tournaments earlier this autumn in Sweden’s third largest city, Malmö.

A Silver Lining not only follows the team’s progress in the build-up to, during and after the tournament but, more importantly, uses this time to get to know some of its core members and their families, whether Irish or Swedish, and to hear their many and varied takes on their individual journeys since leaving home.

A Silver Lining was funded by the Broadcasting Authority of Ireland‘s Sound and Vision Scheme.

It won the award for the Best GAA Radio Programme of 2012 at the annual GAA McNamee Awards in April 2013.

If you’d like to find out more about the Stockholm Gaels, Philip O’Connor’s book, A Parish Far From Home, tells the story of the first year in the life of the club.

And The Award Goes To… – Off Message 40 – When the media-mad Off Message won a 2017 Irish Blog Award I was of course delighted, but wondered if winning an award like that or the one I won for A Silver Lining has any real and measurable impact on one’s career. It’s tricky to quantify.