Apart from Head 2 Toe (which gets its own section natch) I fronted numerous RTÉ television programmes during the ’90s.

While making Access All Areas for RTÉ Radio 1 between 1996-1998 I covered the inaugural Liss Ard Festival in Skibereen, Co Cork in September 1997 for the programme, double-jobbing as the reporter/interviewee for a one-hour television documentary that Forefront produced for RTÉ ONE on the festival, The Garden’s Voice.

Féile was a three-day music festival held over the bank holiday weekend in early August that started out in Semple Stadium in Thurles, Co Tipperary in 1990 with its own on-site, big-screen, weekend TV station presented by Ray D’Arcy. In 1994, its final year in Thurles, I co-presented the festival-only Feile TV with Ray.

Options was a weekly 30′ careers programme on RTÉ ONE produced in Ardmore Studios in Bray by Consortium Television that I co-presented with Clíona Ní Bhuachalla for one season in early 1995.

Gortnaclune ’94 was a twice-weekly 60′ summer variety show on RTÉ ONE I presented/co-acted in with Pauline McLynn and D’unbelievables in, as the name suggests, 1994. It was, as Denis Hurley once so accurately described on Twitter, “awful plop…a crap version of Nighthawks, basically.” Despite/because of this, it was a Number 1 rater for RTÉ that summer…go figure.

Presented by Dave Fanning and Bríd Óg Ní Bhuachalla, Summer Express (a summer extension of then weekly RTÉ ONE series, Arts Express) was a fortnightly 30′ arts programme which highlighted the Dublin European City of Culture events which took place during 1991. I was a reporter on the show that April and May – here’s a clip from a report I made about Dublin’s first public library, Marsh’s – before heading to Belfast to work on Green Pages.

Music Television Blues – Off Message 11 – Today music on television generally doesn’t rate well enough to interest those in charge of commissioning programmes. It wasn’t – see Feile TV – always like this, of course.

Happy Anniversaries – Off Message 9 – There were quite a few varyingly significant personal anniversaries in the air back in 2014, including Gortnaclune ’94. Some were more significant than others. All had a story to tell. 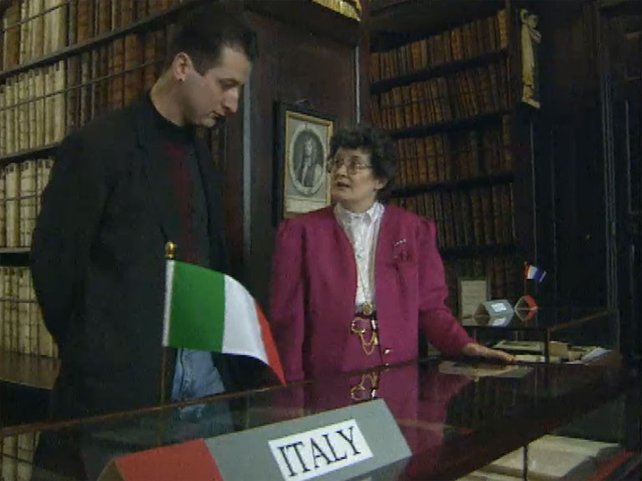